Gender diversity in employment, is arguably one of the most pertinent issues in contemporary society. Specifically in leadership, it’s a familiar notion that men take up the majority of senior roles in the working world. In 2018, it was reported than the number of CEO’s in the fortune 500, had declined to 24 after reaching an all time high of 32 in 2017. Overall this makes up a 5% share of leadership positions. In this article, we’ll take a look at the number of women in leadership roles, specifically in the pharmaceutical sector.

In terms of employee diversity, the pharmaceutical industry appears to be one the most thriving sectors in the world. In August 2017, research from The General Pharmaceutical Council register stated that of 55,209 registered pharmacists in the UK, 61% identified as female, and 39% as male. The research also outlined how women were best represented in senior roles in hospital pharmacy, all well and good it seems - however that isn’t entirely the case...

Further data from two “independent multiple pharmacy chains”, that considers the career stages and gender of more than 500 employee pharmacists, states that although there is a relatively equal number of pre-registration and [non-manager] pharmacists in community pharmacy as there is on the GPhC register, the ratio of male to female pharmacists decreases as senior positions increase. Results from both pieces of data also suggest that women are in fact under-represented in more senior roles in community pharmacy despite the majority of the registered pharmacists identifying as female. 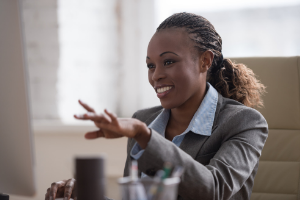 Others sources suggest that companies’ approaches to recruitment and retention can be partially blamed for a lack of female inclusion at leadership level. A Massachusetts Biotechnology Council reports concluded that 61% of women's views on the recruitment process in their last company was bias. Concurrently, the report additionally outlined that individuals must seek to participate in every way necessary to reach those positions.

Although gender diversity in leadership has come a long way in the last 50 years, there is still significant ground to be made to achieve equal representation. For companies it’s not just about acting upon an imbalance in male/female leadership roles, but primarily understanding why they occur.