Starting out: Lessons from the country’s best LGBT policy

Basically, they gave employees dignity in their everyday work. They gave their people the option to select the Mx title and their own gender term. They installed gender-neutral facilities across the entire organisation. And collaborated with a variety of Welsh organisations to share best practice. Then they engaged with LGBT youth to discuss how to ensure there is equality for all throughout Wales. These are all clever and useful ways to talk about diversity and inclusion.

But of all the things that stick, it is a line in the Assembly’s own diversity policy. The opening page is a commitment that “everyone feels safe, respected and comfortable when they engage with the National Assembly for Wales.” That’s employees or otherwise. Employees are specifically mentioned though. It says they should feel “safe, respected and comfortable in their working environment.” It wraps up with, “behaviour that adversely affects the dignity of others has no place in this institution.”

LGBT employment rights Let’s take that last line apart. “Behaviour that adversely affects the dignity of others has no place.” It’s an opening page call to action. It’s a policy for all. That’s important because the conversation about diversity and inclusion - though often shaped by barriers - is actually about a free and level field for all. It’s a step beyond even equality and into equity. It’s beyond gender or title, it’s dignity. 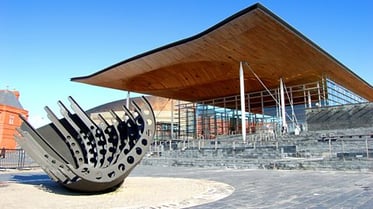 This should be the basis for all diversity and inclusion strategies. At its most simple, the diversity conversation is not about protecting difference - it’s celebrating it. The Assembly were able to create a space where people felt protected. Where unwanted behaviour could be broadly considered. It is any behaviour which is not encouraged or reciprocated by the recipient, regardless of whether it was meant to cause offence.

The policy also looks at confidentiality and fairness in complaint management. It seems to have worked.

The Assembly was particularly well-considered by trans employees - a group known to struggle with fear of workplace discrimination. Andrew White, Director of Stonewall Cymru, said, “Creating the best environment at work for all staff results in a happier, healthier workforce, better services, and increased productivity.” He continued, “Workplace equality isn’t just right, it’s good for business.”

We can’t help but agree. We believe in dignity, in respect, and in building teams that succeed. Diverse teams are more productive. And more effective. That’s why we support them. We talk more about promoting diversity here.